got this from a fellow great blogger and thought i should share with you guys, please take time to visit the blog here is the link to the page www.singleyouth.blogspot.com am sure you will love it. 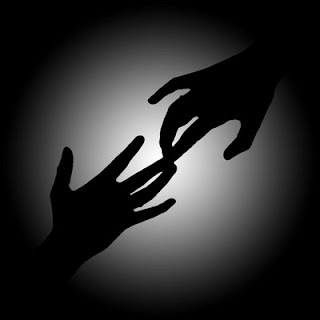 A HEART OF THANKS GIVING

Hei everyone! How are you doing this fine Friday? I am thankful to God almighty; He has been so so good to me and I truly appreciate Him. I need to get closer to God for real... I woke up feeling very refreshed this morning and I guess the heavy rains last night did the trick.
I also want to thank God for my life and in the same vein, thank all the people who have had an impact on my life one way or the other. A couple of people close to my heart have passed away, but God has kept me here for a reason and I hope I will be able to fulfill them...
Its not been rosy; its been very stressful but God has been faithful.  I am thankful for my family, they have been more than wonderful. I don't even know where to start. To my little boy who is always asking "is what"... I love you so much. You are my world.
To all my friends, you have been so understanding, God bless your hearts. I hope I don't loose you. There is so much a human being can take.... and also a lot we cannot take, in which ever way u find yourself! just remember God is faithful.
I appreciate all of you who visit my blog and leave comments, and to those who will be visiting, I hope you enjoy reading... the BEST is yet to come! You'll see...
Posted by Priscy at 12:21 2 comments: 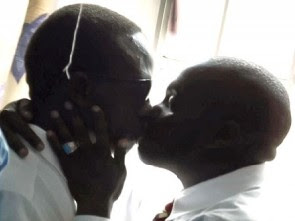 27-year-old man has been banished from Tafo in Kumasi for allegedly wedding a male partner on Easter Sunday. Akwasi Boakye is believed to have played the role of a woman and was wedded by his male partner, whose name was rumored as Kwame Amankwa.

The wedding, according to eye witnesses, was held at the GPRTU Conference Hall in Mbrom – the same place the two had originally booked for a birthday party.

The Tafohene, Nana Agyin Frimpong II, according to reports, was highly infuriated when he got wind of the rather abominable act by the duo, and therefore decided to ostracize the ‘couple’ from the town.

The decision, according to a confidante of the chief, was arrived at after Akwasi Aboagye, who is an indigene of the town, had admitted he engaged his partner in the marriage ceremony.

However, as of the time of going to press yesterday, the whereabouts of the ‘couple’ were readily unknown, as speculations were rife that they had left for Accra for their honeymoon.“Boakye showed no remorse when Nana questioned him about the said marriage ceremony. He indeed confirmed it, but remained adamant and said there was no way he could abandon his lover,” the source said.

“Yes I’m gay and we had the wedding. That is my choice and I don’t think anybody should have a problem with that,” Boakye is alleged to have told the chief upon interrogation.

The wedding is said to have started around 10:00 p.m., on Sunday and lasted all night long, with hundreds of gays in attendance.Sources continued that at the time Nana Frimpong was questioning Aboagye, his eye lashes, his beautiful acrylic finger nails and his make-ups were visible for everyone at the palace to see.

Further information gathered indicate that a fetish priestess in the house of Akwasi prior to the wedding hand informed his parents that their son was involved in gay practice and told them to advise him (Akwasi) to desist from it.
Source: Today's newspaper hmmmmmm........................! thinking aloud
Posted by Priscy at 08:22 4 comments:

just read this somewhere and thought i should share.......... hope you enjoy it. Let no1 control ur destiny! The pen that writes your life story must be held in your own hand~♥

SOMETHINGS YOU SHOULD KNOW ABOUT ME 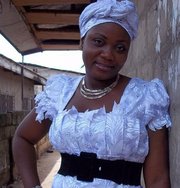 welcome to my world, this blog is going to be about what goes on in our everyday life, occasionally am going to be chipping in some gossips*** ( that's right) and girly talks. hope you enjoy reading and don't hesitate to leave your comments..... thank you
Posted by Priscy at 15:19 No comments: