I got another question!

*covers face in shame* I cant believe I haven't blogged in a month!! I am as surprised as you all are..wink! where do I even begin.... I got tagged in the elevens by Simply mee, Toinlicious, Amaka, BSNC, Sugar Spring, Efua Dentaa and a9jagreat, oh boy! I remember Toin told me I had about seventy something questions to answer! Can you believe that?!! well.... in due time, I will be giving what I have termed "my azonto seventy something answers" lol

I have got a question! Yes!!! I am back again with my questions!!! lol. An avid reader of my blog (as he called himself. lol) sent me a mail on something he said he wants to do and because he has read comments from great guys like you all and is pleased with most of the feedback's given, he will like to know your opinion on this issue. "Is polygamy a sin?" The following are the points he added, "What if the the man involved is head over heels in love with both ladies and they both accept to love him (and each other) and be loved by him (and each other)? Also, if it is not a sin and the scriptures do not forbid it, except (to the best of my knowledge) when a man desires to be a Bishop..., why do people frown at it and condemn the people in it? Further more, is it possible for marriages like that to succeed? And also, does the bible forbid it?" 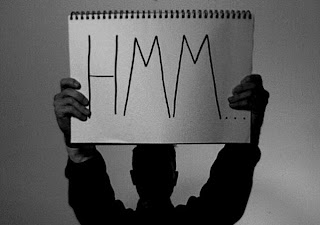 I think this is quite a sensitive issue if you ask me because, sincerely, right from my childhood days till now, there has always been a "beef" about polygamy in the church and our work places yet, no one has really come out to say this or that is the reason why it is frowned upon. So my thought therefore is that,  even though it is "claimed" and argued, that there is so much competition in such homes which end up with fights, hatred and the rest, there are so many one man-one wife marriages which have much worse problems, which even end up in divorce.

I would like to recommend that we should say things higher than the obvious "why or what will make a woman want to share her man with another woman, and shouldn't she be afraid that this might make the man go in for yet another woman much later? Also, I would like us to avoid the competitive school of thought of "why would another woman want to share another person's "husband" when she can have her own?" Do all polygamous marriages fail? If you had a friend in it, what would your candid advice be? Is it wrong, is it a taboo, a risk or a sin? Can such a relationship work? Can a successful marriage and a successful family unit be achieved in that kind of environment? How will society see them? Is it not better than having a promiscuous, extra-marital affair?

Also I would also like for us to resist the urge of asking a question like what will even make a man desire to marry another wife besides his wife?  Could it be vanity or could there be an honourable reason? Can one find true love in such a place? (polygamous marriage/home). Okay, let me ask you my reader, in case you are faced with a situation where you find yourself in love with such a man whose wife has also accepted it as alright (or permissible) for the husband to marry another woman in addition to her would you agree to marry him, and why?

I have had this mail lying in my inbox for a while now, and didn't know where or how to go about it. I hope you all can help him make a very informed decision.

Thanks for reading and the comments in advance...

Before I forget, I have made some changes on the blog, do you like it? please let me know your thoughts on the changes as well ( I guess you guys will have a lot to answer) lol. I promise though that, I am answering all the questions that have been asked me in the elevens game, and will soon drop them in my next post.