When the devil is in your bed...

I trust you had a great weekend... I also trust that this new week will unfold greater things for you, yours and us all. I read this story from another site (source at the foot of the writeup), and it brought a lot of issues to mind. I don't want to be preemptive, so I will leave you to read the story, then I will share my thoughts:

"I have learnt not to follow the heart but the mind. I consider myself a smart and wise woman, however even a wise person can be misled. My story… About 25 years ago, I fell in love and married a Igbo guy in the US with the intention to remain married. I worked hard to support him while he attended law school with the hope that he would assist me to get my degree once he finished. However, the moment he got his degree, he realized that he did not want me in his live. He became promiscuous, sleeping with countless young girls all around the place. 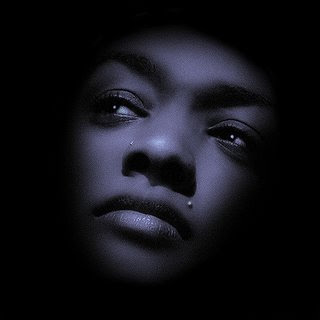 Because I am an American, I had fought to keep him in the US after several attempts by the immigration to deport him. I later made him to secure his green card; that was really when the going was good and we all had smiles on our faces. But the good days were short-lived as he abandoned the house, just to go after his numerous concubines and mistresses. To add salt to an open wound, several of his Nigerian concubines became disrespectful ,calling the house and warning me to stop calling him, if not they would never allow him back to the house again.

I would always tell them that he was cheating on them, and that if he could cheat on his wife, then what did they think he would do to them”. I should have whipped both their ***, not because they were sleeping with him, but because of the numerous phone calls. Our vows were a contract between him and I so he was wrong no matter the number of “women ” that came his way. Not only was his heartless act a thorn in my heart, but for the fact that I’m still paying taxes I owed because of him. This has led to a complicated medical condition, leaving me disabled. I am very Mad and frustrated now.

He has since returned to Nigeria and doing very well as a businessman. I just learnt he is a renowned businessman down there. I have also discovered that he never even told his family back home that he was married to me, and that one of his concubines was his wife.
I still care about this guy. However, a part of me is angry and would always wish he goes through the same pain I went through because of him. He made me look stupid before my family and friends. We have since divorced but chat on and off and even talk about getting back together again. I’m not sure if I can ever fully trust him again; so sleeping with him, I guess would be like “Sleeping with the Devil”.
The experience has left me bitter and don’t trust many people especially African (Igbo) men."

After reading this story I sat and wondered not just about this woman's experience (if her side of the story is anything to go by), but also about how one person's behavior can stir up a stereotype which affects communities and generations of people from that community. In Ghana, the first thing that comes out of the mouth of the average Ghanaian when a Nigerian passes by is "419". In Ghana Ewes and Akans have an age old beef which has torn many marriages apart.

Much as we so passionately agree with Martin Luther King Jr, when he said that people should be judged based on the content of their character, I hold the view that we must all be careful what we do and say, and how we generally relate with people; because you might be all those people need to assess your kind. Now this American lady has a beef with African (Igbo) men, because of one... I hold my fire.

So many other issues arise out of this story, please feel free to share your thoughts on the one(s) that pinch you.

Source of story: Daily Post
Posted by Priscy at 14:19